If you've arrived at this page from outside the Ocean Cooperative web site, you may not see a menu frame on the left. In that case, click here to go to our home page and learn more about our publishing options. 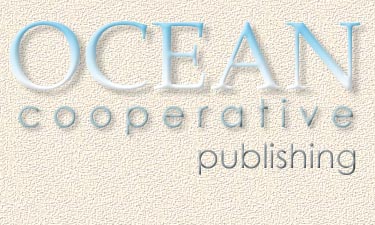 A person hardly ever meets a writer who doesn't want to be published. Emily Dickinson was the last one I remember and I didn't know her that well. A good many writers don't try to get published because they don't know how to try, don't feel it's worth the effort, believe they're not ready or just don't like the bitter taste that rejection leaves.

Publishing is a vast subject. The internet swarms with advice and enticements. The world's libraries are laden with information on the subject. I don't pretend to be an expert in most areas of publishing, but I know a thing or two and that's what The Business of Words consultancy and Ocean Cooperative Publishing is about.

By now you will have heard ad nauseum about how hard it is to get an agent, a publisher, a distributor. This was undoubtedly true through the twentieth century, but as far as I and others have been able to determine, good news has come over the horizon for writers at the start of the 21st century. The paradigm, as people like to say, is changing.

On one shore stand crowds of worthy stories waiting to be told. On the other shore stand readers. It looks like an ocean lies between the two but - and this is the key - there are things to learn about crossing an ocean. These stories - fiction or non-fiction - must be designed and built. They must be seaworthy. They must have a map to guide them and their skippers must have some knowledge of the ports they're headed for.

What follows are a few thoughts on the players and tools that make up the publishing industry. I'm not writing this in an effort to rival Wikipedia: this whole thing is intended to introduce to you the concept of cooperative publishing. But along the way I'll sketch the publishing landscape as I see it and say a little about the sort of contribution Ocean Cooperative might make in each case and on your behalf.

Features of the Publishing Landscape 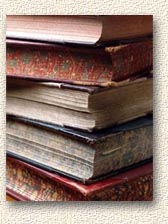 I don't want to be thought glib about this. Production, distribution and marketing on a large scale has traditionally been capital intensive. Where demand was anticipated, only a large company had the resources to take the risk. The long history between established publishers and distribution systems means the publishers' offerings are taken seriously by large-scale booksellers. Beyond that, the prestige of being chosen by a major publisher possesses real value, although this last point doesn't bear thinking about too closely.
For writers who want to enter the field and play with (or against) the giants, the options are basically direct submission or submission through an agent.

OUR CONTRIBUTION: I work for major publishers as an editor under contract. I know they take chances and there are many intelligent people in the business. But it's hard to get their ear unless you know somebody who knows somebody, or can wiggle past the gatekeepers. I know some people and I'm an adept wiggler.

But perhaps my most significant contribution is as a publisher. Ocean Cooperative not only puts its authors' books out there in the world, but those published books can be a platform that draws the interest of the largest publishers. Major publishing houses are run by people, and those people are more likely to take notice of a book that's already in print and selling than a manuscript submitted by an author. 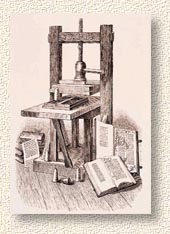 What could be more high-minded than a person - the small publisher - who invests time and resources to identify writing talent, then takes the huge risks of publishing it in hopes of some reward, personal if not financial? Though small presses have traditionally lacked the resources to deliver a shot at large readership, many fine writers have nonetheless been prepared to accept this limitation in preference to the shame of "self-publishing."

OUR CONTRIBUTION: Many minnows will accept proposals without an agent's representation and some will accept unsolicited manuscripts. But those operating on a traditional model are hardly short of would-be authors. If you plan on submitting to one, remember that these presses may have limited editorial resources. The better the submitted manuscript, the better your chances. I would say that, wouldn't I? I'm a professional editor.

Agents have traditionally made their livings by building relationships with publishers and offering those relationships for rent to authors of their choosing. The arrangement works from the publisher's perspective because the publisher may otherwise have to devote too much time winnowing wheat from chaff. Like the sultans' eunuchs, agents have found themselves marvelously popular with writers and have consequently been as difficult to get to know as the publishers themselves.

OUR CONTRIBUTION: Whether you submit your work to an agent, to Ocean Cooperative Publishing or to some other publisher, you owe it to yourself to put your best foot forward. Through my editorial service The Business of Words I'm willing to spend the professional time and effort to help you develop your manuscript to a publishable standard.

And again, as a published author, you'll receive more attention from established agents than you would otherwise.

This is really just another tool, but its nature has changed so radically in the last decade, it deserves a heading of its own.

In the past, it was author to agent to publisher, or straight author to publisher, then acceptance or rejection. Period. But, as I say, all that's changing. These are not changes that the publishing industry likes any more than the music industry likes downloads, but they're changes that have arisen inevitably from new technologies and there are more of these changes coming. 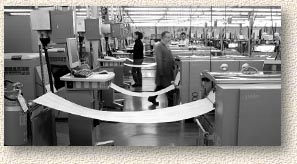 So-called print-on-demand (POD) is the key to the publishing revolution. As with so many other technological changes, it's tied to the computer. The simple fact is that if you can print a computer document with a digital laser printer and couple that printing with automated binding, the production of a single copy of a book becomes financially feasible. Industrial printing processes - "offset" and "gravure" are the industry standards - can churn out vast numbers of high-quality copies cheaply and quickly, but the initial set-up is elaborate. 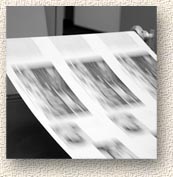 Print-on-demand employs digital printing that requires very little set-up, although greater expenditure of time in the production of each copy. This perfectly suits the small publisher, who doesn't envisage 100,000 copies in the first run anyway. Print-on-demand also exposes the inefficiency of small presses that gobble up resources (their own or that of some benevolent agency) to set up an offset printing run for a novel that will sell 138 copies.

Self-publishing was for decades regarded as the ultimate ignominy: the "vanity" book or, worse, the "vanity press" - a supposedly loathsome, parasitical enterprise that preyed off pathetic weaklings who wanted the world to read their work but couldn't find a real publisher who felt the same. Yet self-publishing was once considered a quite legitimate undertaking. Writers believed so strongly in the worth of their writing that they put their money where their pen was. Publishing is always a gamble and authors simply shared some of the risk with others or took it on themselves entirely. Thoreau self-published Walden, Whitman self-published Leaves of Grass, Joyce self-published Ulysses. How could these writers of genius be definitively inferior to the wretched thousands whose scribblings find commercial publishers today?

We don't scorn screenwriters who "self-produce" their own movies. We don't sneer with condescension at a musician who puts out his own record. In 2000 many people expressed surprise to see Stephen King, a successful commercial writer if there ever was one, publish one of his own books on the internet. Major publishers take risks and play an important role, but that role is played by any publisher, however small, who publishes a book, even a publisher as small as that book's author. In the final analysis, it's the quality of the book that counts.

Many companies offer to guide authors through the intricacies of self-publishing. They will help anyone publish who is willing to pay. They are not in the business of risk and their fees, as evidenced in our survey of OTHER PUBLISHERS in the menu bar to the left. Still, it would be churlish to deny that these companies have allowed many writers to see their work in print.

Yet - and here's the fact that won't go away - a stigma remains attached to self-publishing. 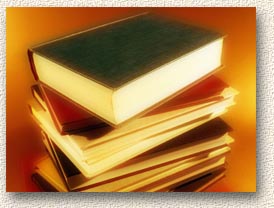 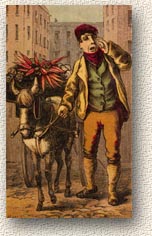 Oh woe oh woe! I've left this to last because this is the big kahuna of publishing, the source of all our joys and misery. You can write, design and print all the books you want, but if anyone is ever going to read them, you have to get them to market. This is the great promise of the major publishers - a promise they sometimes betray - and sometimes the great weakness of minor publishers.

OUR CONTRIBUTION: My company, Ocean Cooperative Publishing, is linked to one of the world's largest distribution networks. The books we publish always appear as in-print at 30,000 booksellers world-wide. This doesn't mean our authors all sell millions of copies. Sales of books, like ticket sales in the movie industry, depend on several factors, including, yes, how good the book is, but also how much time and effort is spent on promotion of the book. 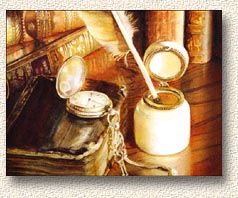 If you've arrived at this page from outside the Ocean Cooperative web site, click here to go to our home page and learn more about what we may be able to offer.

You can e-mail us at: words@oceancooperative.com